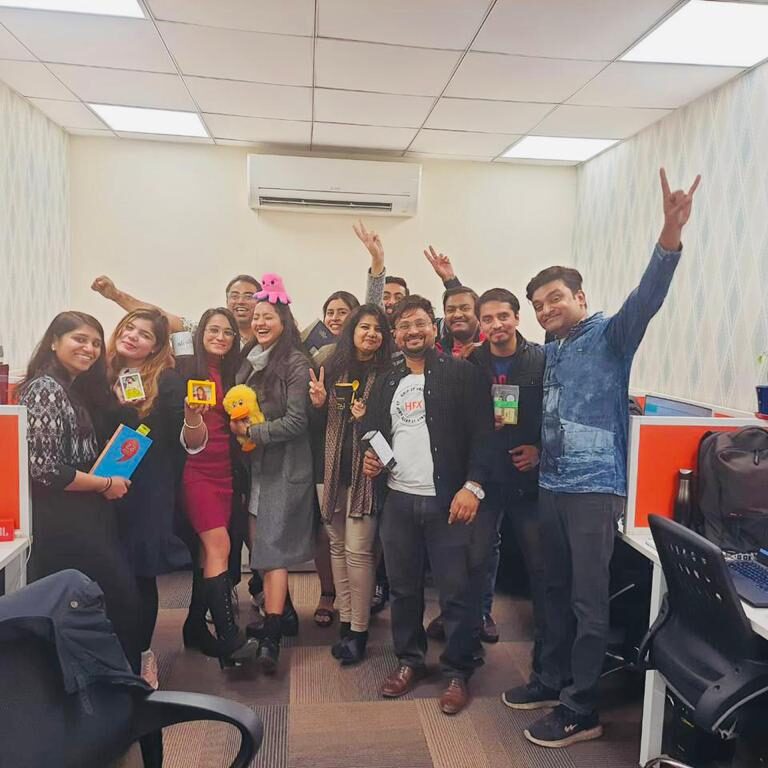 It was 10:30 am, and as usual, I was the only one on time, kinda justified because of the Monday Blues. Maybe I should be the one paid extra for being the most punctual. BTW, Hi, it’s me, the Jai Veeru’s CCTV camera, Sambha, and no one can hide from my sight. Right from the hall, you could see our shinning glass door with the board that reads Jai Veeru Creatives. It looks quite modern yet opens with the creaky sound like some haunting villa door.

And there comes Anoop (Our Samurai Designer) while rolling his moustache with one hand and holding his Ipad on the other. Oh! I quickly adjusted my lens in disbelieve, Did I just see a brand new Ipad in his hand? Hmmm, I still believe he broke his old phone on purpose to gift himself this beauty.

Around 11 am, Vidushi (Our Furious Designer), being her usual extrovert-self, asked our shy Ninja Developer, Charu, well, not that calm and quiet while playing Pubg, to tell the big news. I was already suspicious as they were passing witty looks to each other. Nothing could be hidden from this up, huh! Then, Our soft-spoken Charu broke the news about her engagement in January 2022. Not gonna lie, it kinda broke my heart as I had a teeny tiny crush on her since the first time I saw her. She was like a bright ray of.. Wait! Let’s not get away from the track, just like Jiko (Our Jai) in his slightly firm tone, always tells Ausafh (Our Content Specialist) to stop blah-blahing while writing. Soumyadeep, aka, Jiko, can be tough at times but, you could win his heart with exceptional work and Bengali fish curry. Our office blondie, Ausafh, tries to impress him in her first attempt, but it usually takes 3-4 of them. Oh! Sometimes 5, too.

I must tell you, we eat less and are usually busy detangling our food-filled hands in our lunch breaks. Nobody leaves the table until nothing is left. However, there are these two who eats less than a rat. Charu and Ausafh, no, they don’t even finish their own lunch, we do!, and I’m not complaining about it. Venkat (Our Veeru), while removing his left earphone after a client’s call, asked Ausafh his usual question, “ What have you got for lunch? Hoping this time the answer be Chicken Biryani, but no, he has to face the disappointment again. “ Mere sapno ki Biryani kab aayegi tu,” he murmured in his cool tone. Usually, our tall, not-dark, but handsome, Veeru is very calm and fun until someone gets him to the peak of his temper. Then he could kill anyone with his deep-set eyes only.

So, this week was a bit busy, but we had our fun between working hours. And that is the beauty of our team. We enjoy what we do, and it shows in our work. I mean, look at my wide-angle shots, man! 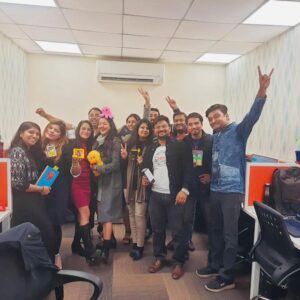 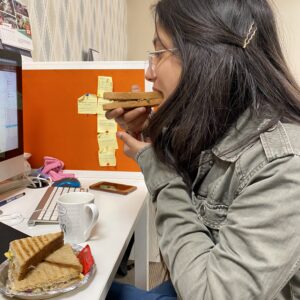 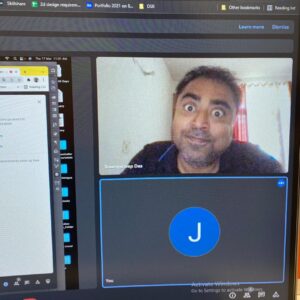 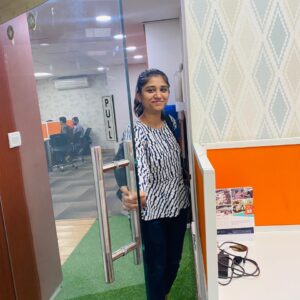 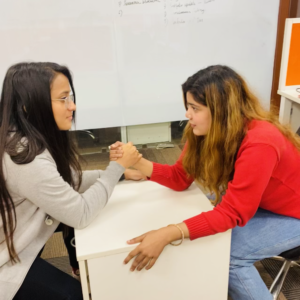